The sun is trying to come out

It is six-thirty at night. The sun is just coming out. The final week in Duernberg. We are both sitting in the lobby with our laptops. We just had dinner. Before dinner, we were both in the pool. I took a foam noodle and Josef took a pair of foam barbells. I walked up and down the pool and kicked my legs while resting on the noodle. I imagined doing this in the Vienna pools, trying each one till I find the one I like best. Maybe there are even some classes for pensioners in some of them? I only need one!
I had endurance training in the morning and health gymnastics in the afternoon.
The country-side is very beautiful here. Even with the heavy rain, the mists over the hills, the saturated green grass. I’ve come to the conclusion that it must be the altitude that is making me tired. Maybe also my low blood iron levels.
Josef’s current topic is sex education in schools. Over breakfast and over lunch and as we sit in the lobby and in the café. At lunch he announced that the Americans are pushing for polyamory in sex education in schools. He’s examining the WHO documents and uncovering grave shortcomings. The sexual drive is defined as the natural desire for intimacy. The child’s need for physical contact with the mother is not addressed. A subtle yet seemingly deliberate distortion of long standing ethical values is permeating our schools, our media, our modern life.
I’m grateful for this three week period as a transition into my new phase of life. I have lots of ideas of what could be done and what needs to be done. I’m focussing on living in the present, being mindful. I’m committed and determined to have that Life and Eternity book published by the end of the year. So I refuse to get distracted into lots of other equally important and worthy projects.
We went for a walk in Hallein on Sunday morning. It was fairly quiet but there were people around. Suddenly, I called: Inge? Yes, it was Inge. Inge who I had meant to call last weekend. I thought she lived in Salzburg but she actually lives here in Hallein. And she was just walking her dog. We were just walking downtown. Josef and I got a ride with Maria and were going back to Bad Duernberg at noon with Maria. So I just asked Josef to take a photo of us together.
Then we went to the Silent Night Museum and the church with the new Gruber Organ. It was so moving to be in this historical place. The city is a typical medieval village. But hey, I’ve lived in Europe for over 30 years now. I must be more European now than Australian right? Don’t really know about that.
It is eight o’clock at night. There’s a singer singing county songs in the Felsenstube. The sun is still trying to come out. The final week in Duernberg. We are both sitting in the lobby with our laptops. 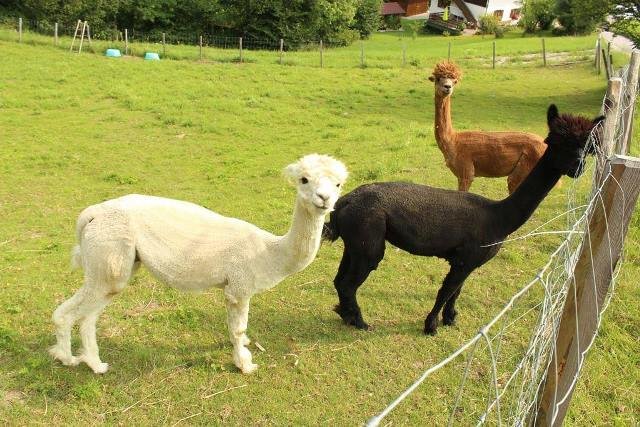 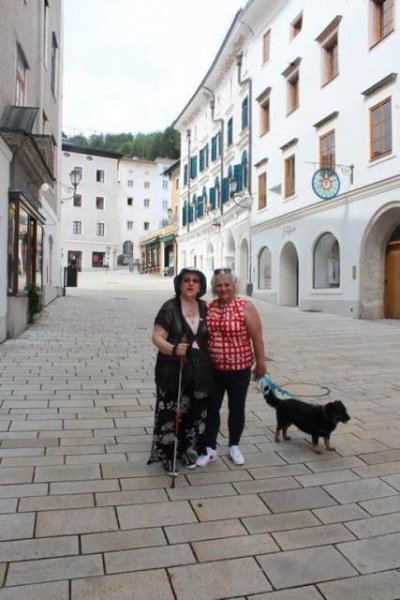 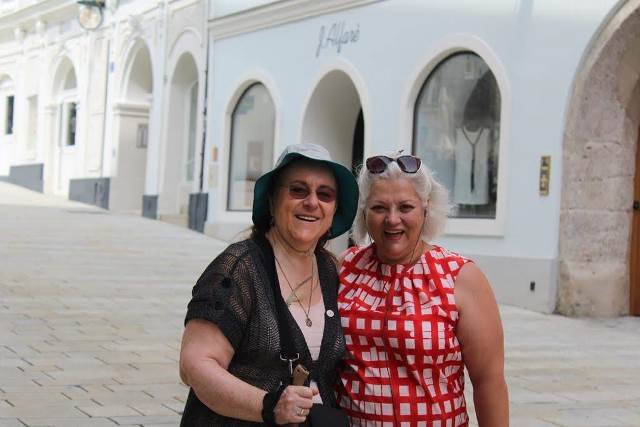 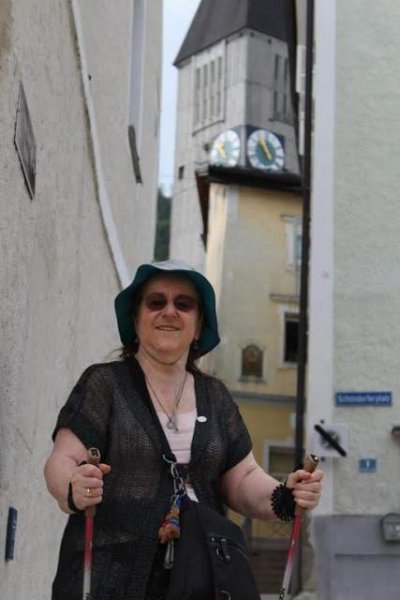 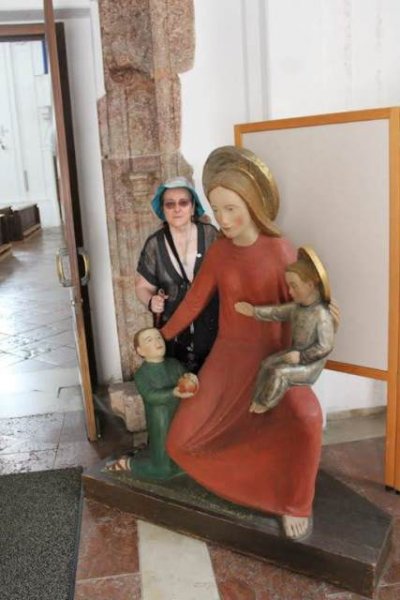 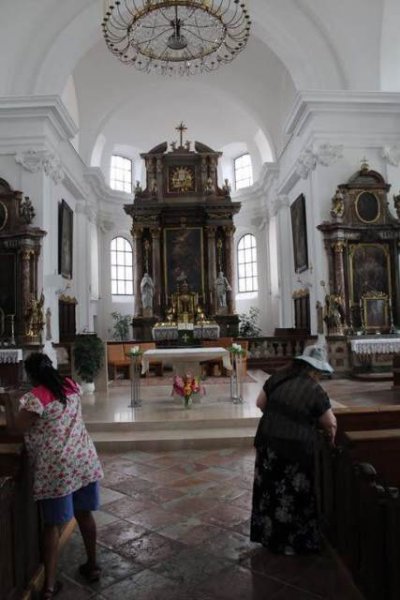 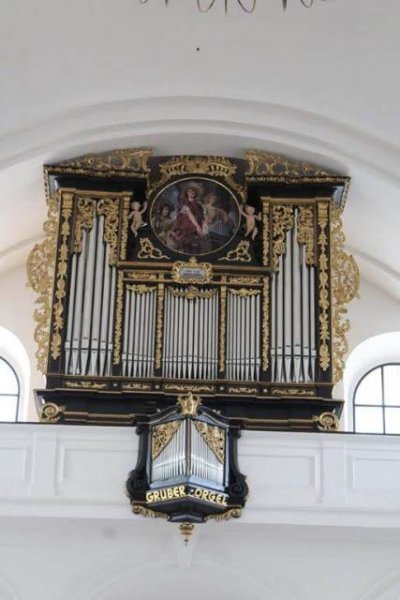 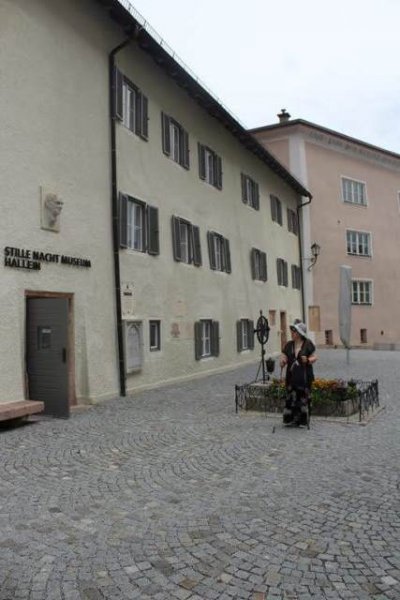 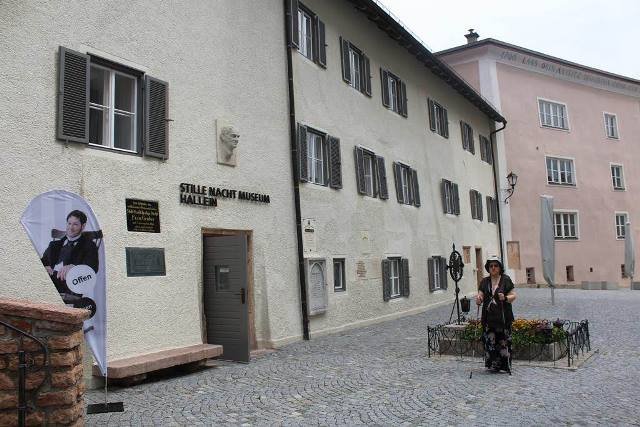 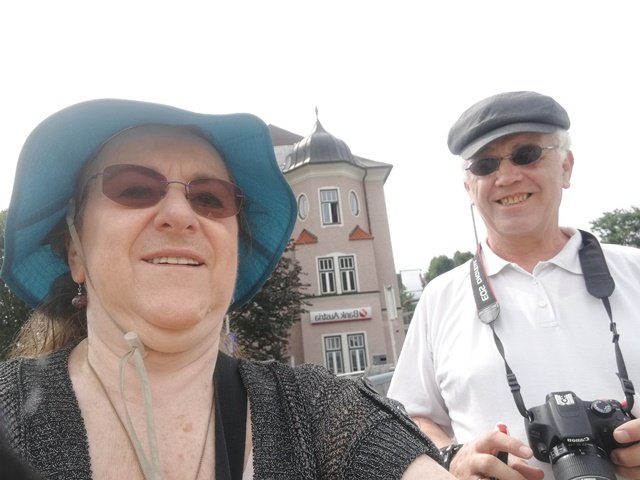 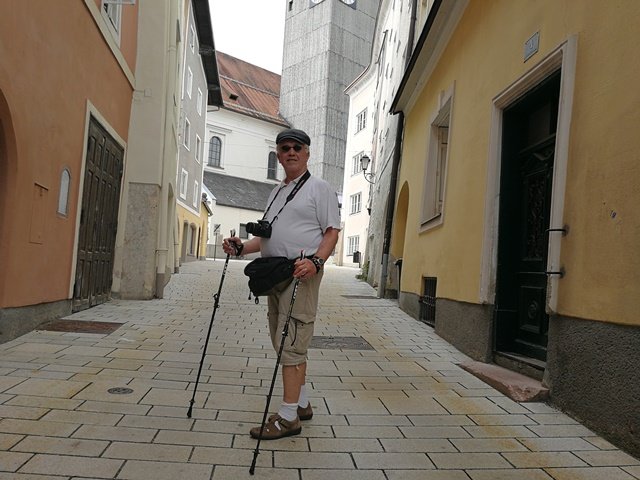 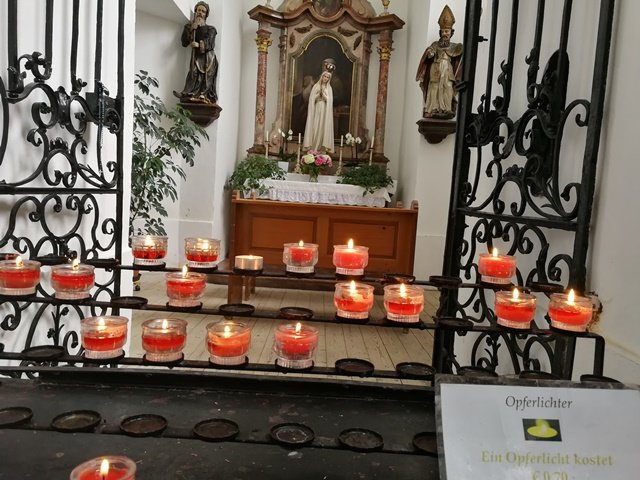 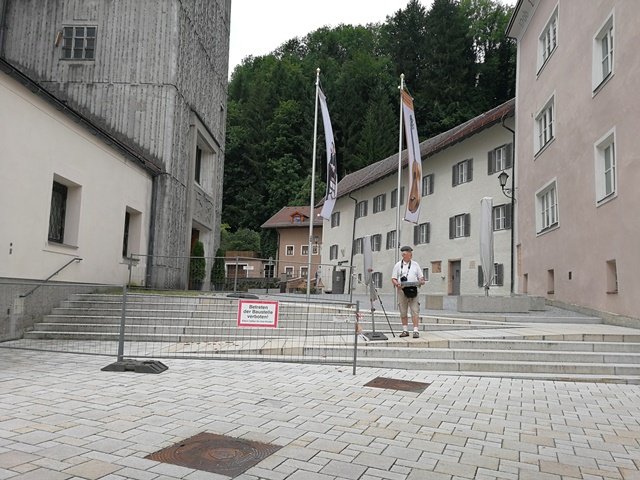 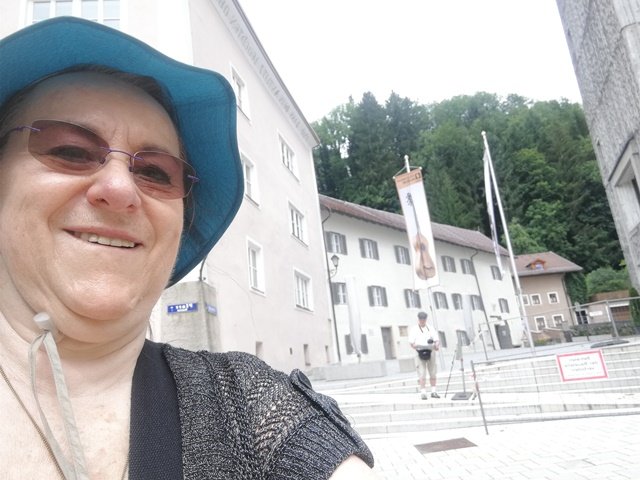 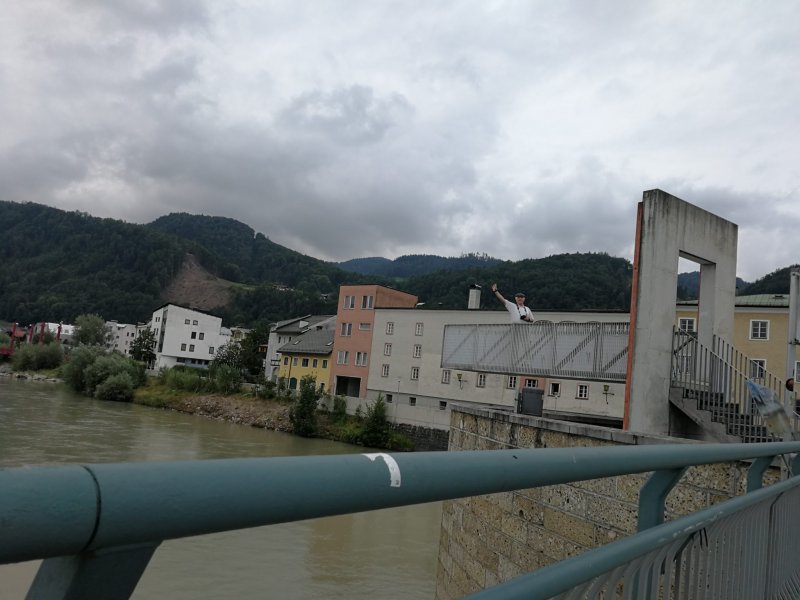 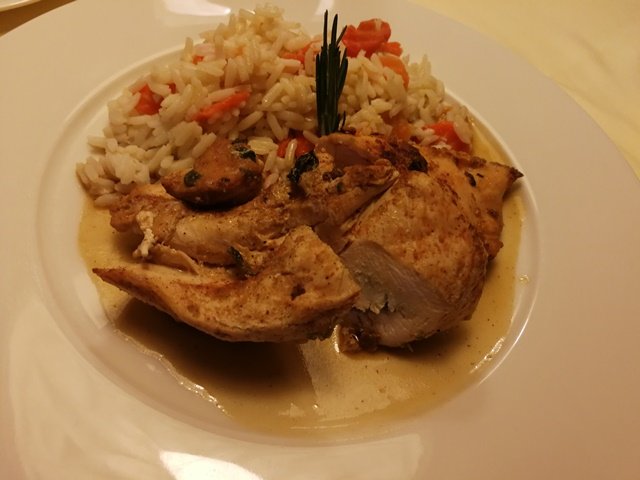 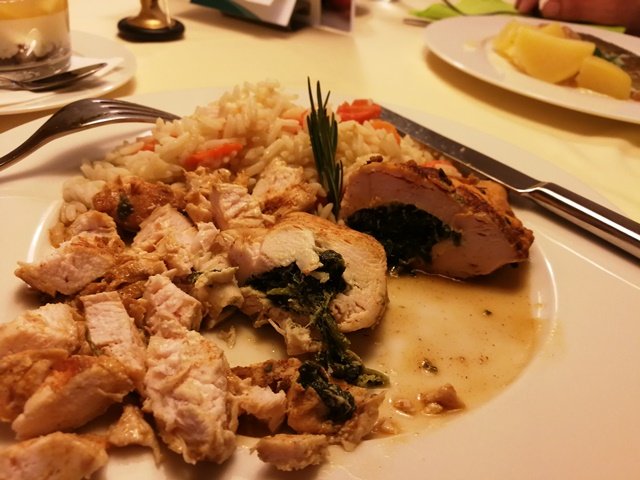 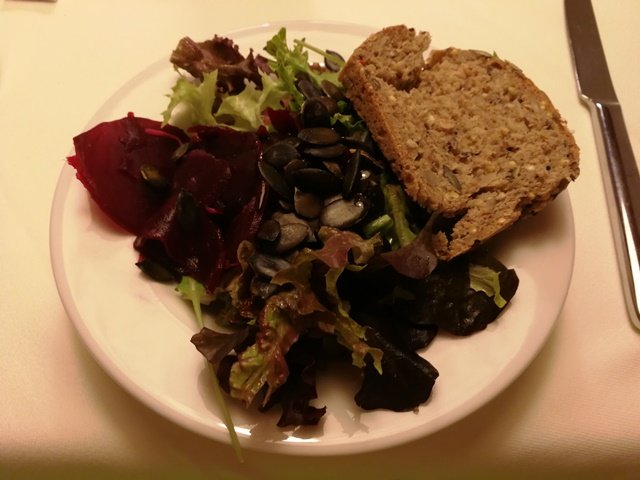 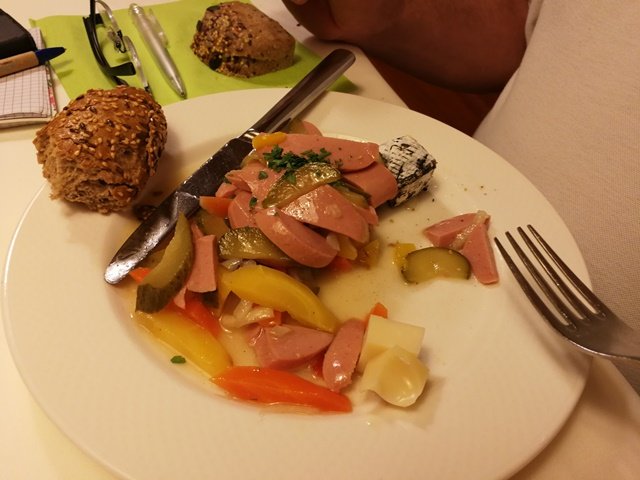 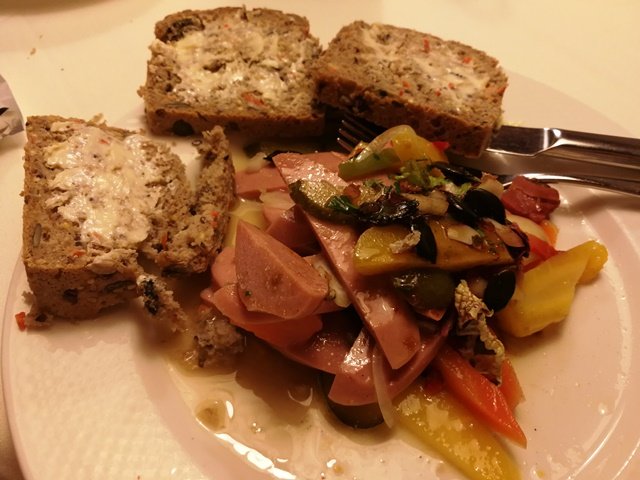 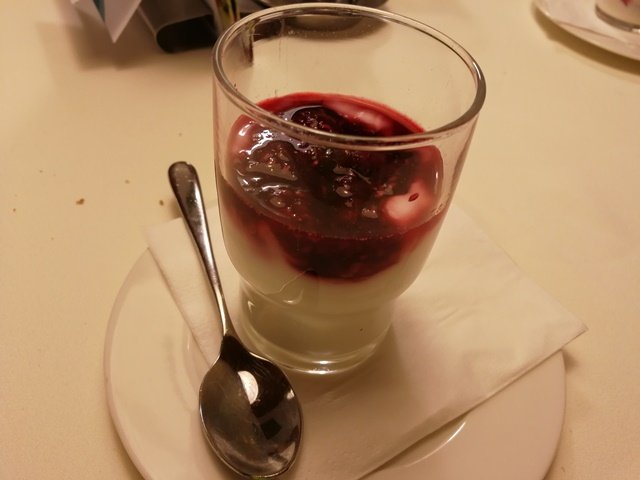 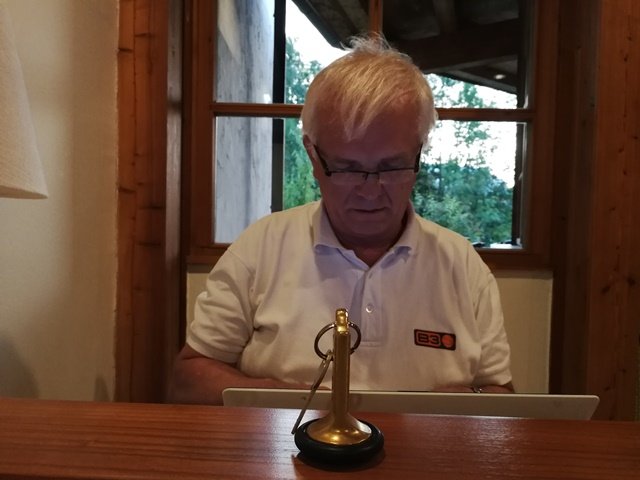