Just an impulsive immediate right now thought to jot down and shoot out. No, not my review of 2018. Still working on that! Lol.
New Year’s Eve He* suggested we go out for a walk. I had thought we could check out the “Silvester Pfad”, now that we are in the city of Vienna for the New Year, not really having a clue what it is. Seems that started at two o’clock in the afternoon and was already crowded. I did not want to mingle in a crowd.
I still wanted to process my year, my photos, my impressions, my experiences, my thoughts.
He went out shopping in the morning and met the neighbour. Then he invited her for coffee. Of course he asked me about it, but I did not think he would do it for today! She came with a gift of chocolate. I gave her the product catalogue we had already talked about when she received my parcel for me a couple of months ago.
Then we went out for a walk. It was his idea of Marriage Time. We left the house around eight-thirty in the evening. There were already fireworks going off around the place. We walked down Kochgasse to Alser Strasse to catch the number forty-four tram. We watched one come and go before we could cross Alserstrasse to get to the stop. I cannot run with my sore knees. The next one was in 16 minutes. He looked around, seemingly seeking alternatives. I had asked about frequency of transport when he asked me whether I thought we could go. Of course he thought it would just be a few minutes and my impression was 16 minutes was more than he had reckoned with. It is evening time afterall. I was fairly laid back, the public transport today has the same schedule as a Saturday for New Year’s Eve, I didn’t say anything, just quietly observed.
I was amused that he considered this marriage time, as we waited in silence for ten minutes and then eventually he called the neighbour to ask whether she had received the information he had just sent her via WhatsApp. I had sent him the link with my tag and the direct link to order directly. She wanted to order via internet and pay on delivery. Then he even handed me his phone to talk to her. Him calling the neighbour and making me talk to her is not my idea of marriage time! I did not say anything.
Maybe our marriage time begins at nine o’clock, once we get on the tram? We travelled a stretch, then had to walk to the next street for a connecting bus. He had been walking here yesterday and it was so beautiful with a view of the city, he said. We approached the bus-stop as a bus came and went. Another wait. It was not really cold as I was dressed appropriately. Eventually another lady came to the bus-stop and also wanted some information about the buses. We all got on when the next bus came, realising too late that it was not 46B, but 45. So we got off at the next stop to wait again, almost half an hour. Eventually, we got on another bus which took us to the Feuerwache where we got off around 9:30pm. The return bus would be at 10:24pm. The walk through the dark park was okay. It was a wide path, there were lots of puddles, but I could see them in the dark. It was also not steep, but easy walking. I thought this is probably beautiful in the daytime, but could not appreciate anything of my surroundings. I was totally aware of my attitude, observing my feelings. I expected marriage time to be a time of sharing, of communicating, of talking. The view may have been great during the day, but I saw nothing and didn’t have a clue where we were.
He occasionally made mention of some landmarks which meant nothing to me. Eventually we came to a dome and I asked if this was what we see from the train. We took a few photos which I later posted with New Year’s Greetings.
This was the Wilhelminenberg, Otto-Wagner Kirche

As we continued walking through the dark park, my knees aching, I began to appreciate just being together and spending New Year’s Eve together. I really did not want to be in the crowds. I need to take some steps. Eventually my FitBit vibrated. I had reached five thousand steps! On a holiday! Great! Fire works went off all around us the whole time.

He* I’m writing a bit anonymously as I become aware of my feelings and “His” feelings and come to conscious realizations of our qualities and differences.
I wanted to talk, or thought we should talk without saying anything myself. So I expected HIM to talk.
He was enjoying being together and taking me where he had had a good experience.
I was in the dark and could not appreciate what his feelings were. Only later, as my heart was enlightened and I even came to appreciate the significance of the place we went to I began to perceive the whole experience differently. Yes it was dark. Yes my knees were sore. Yes we did go out together for a couple of hours, so yes, it was our “marriage-time”. I’d like to go back again in the summer, in the daytime, in the springtime, when I’ve got more time. I’d like to go inside the church. I’d like to understand and feel the history of the place.
As we did HDH this morning I put the whole experience in the context of the enlightenment. When we are in the dark we do not recognize where we are. We do not even appreciate anything around us. We become consumed with ourselves: my pain, my needs, my expectations. I consciously let go of all that as we walked through the dark. I recognized old trees on both sides of the path. I saw a wide path, probably well maintained, but now strewn with puddles from the rain this morning. Then it got very dark as the forest became thicker and I could not tell if I was walking through mud, or water, on leaves or stones. I was grateful for my good walking shoes. Yes, my shoes are comfortable. Sure my knees still hurt but that is no excuse for not going out for a walk. I need the exercise and I can’t sit at my pc all day reflecting on the past. I am certainly doing that. I am doing that with a view to plan and envision my future.
Yes, next chapter, review of 2018, plans for 2019. 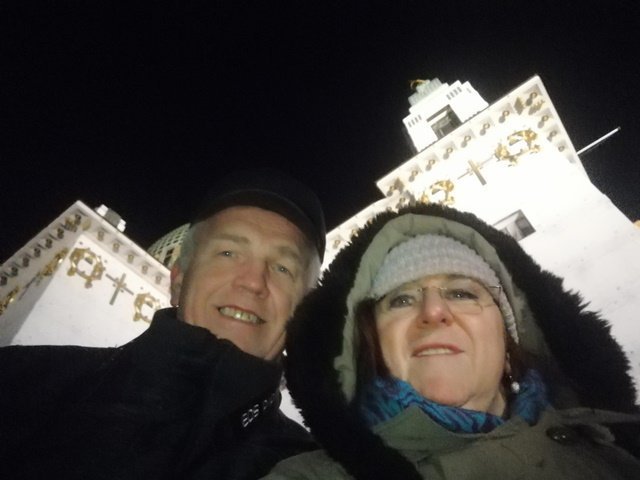 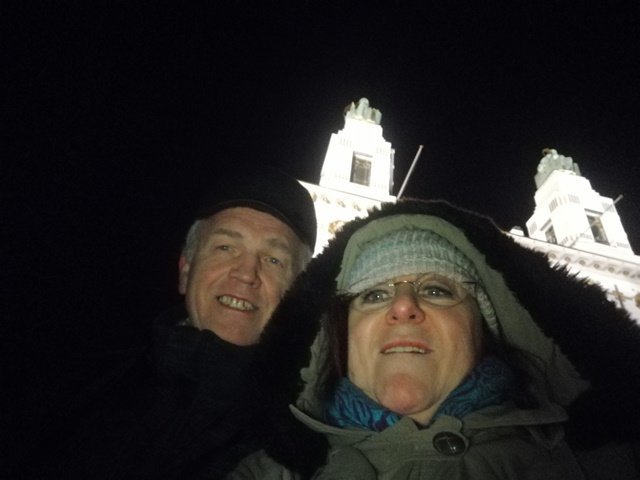 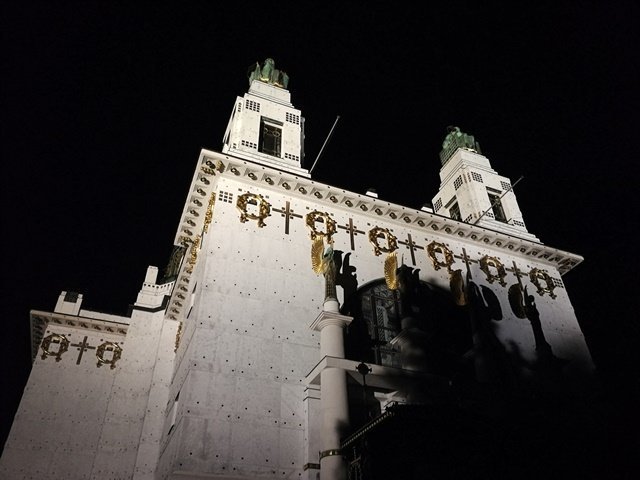 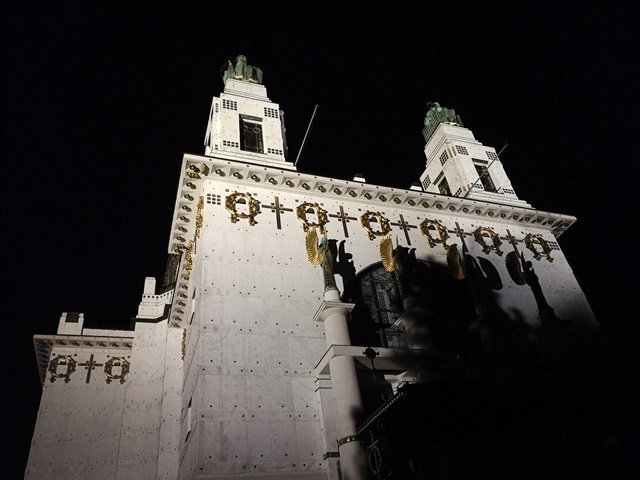 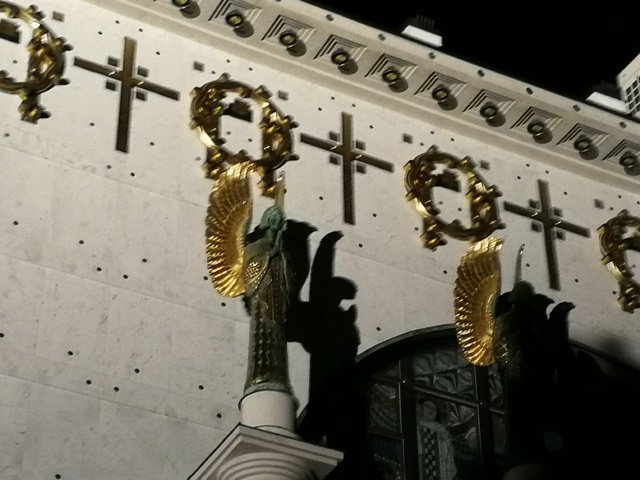 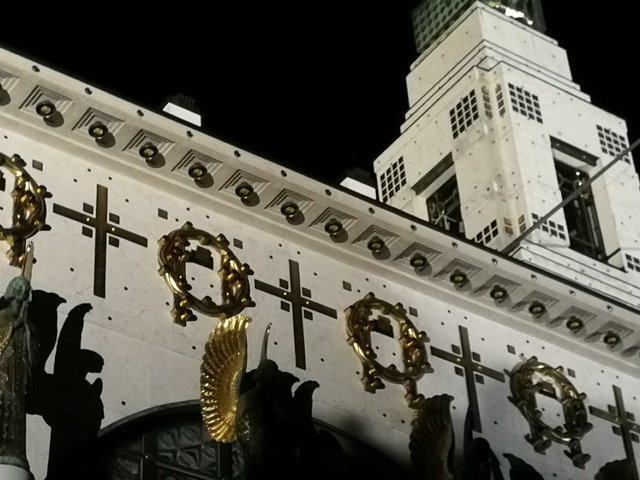 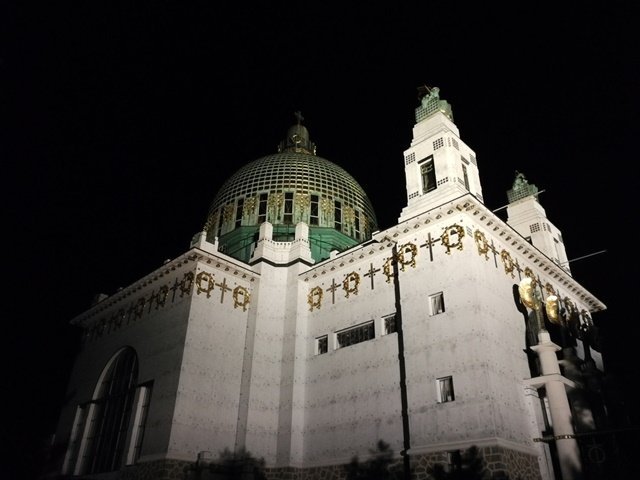 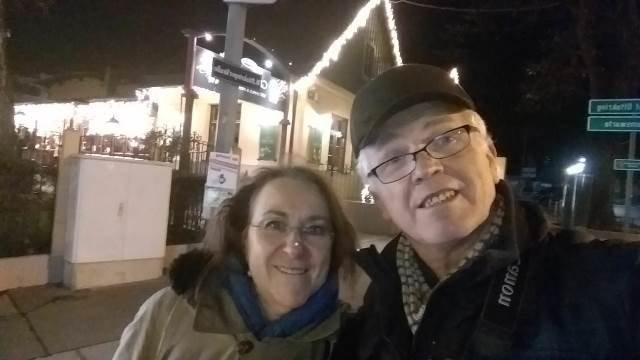 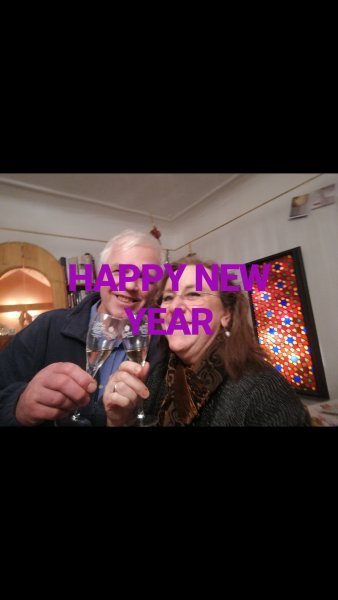